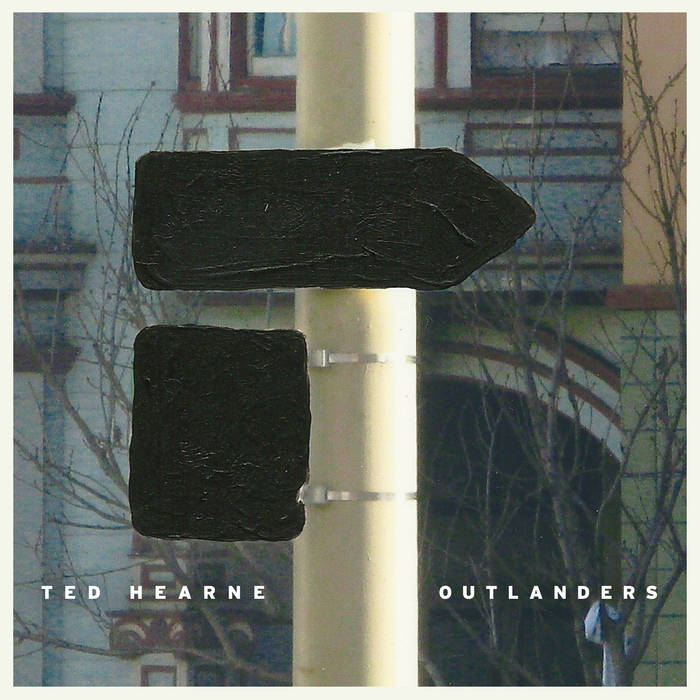 OUTLANDERS is a personal compendium of songs I wrote from 2008-2010.... which I workshopped/performed/recorded/produced over the next several years with a band of my favorite New York musicians....and which have finally gelatinized into a complete album.

Four interludes by friends (three remixes and one live improvisation) tie the room together.

OUTLANDERS was recorded by:

***
All music by Ted Hearne, except four interludes:
"Seventeen" by Philip White; "Dirty to love" by Leah Coloff
"How it goes" by Taylor Levine; "Heartened" by Daniel Wohl

All lyrics by Ted Hearne, except:
“We Didn’t Know,” “Protection” and “I Mean Well” by Meghan Deans
“Song (Is It Dirty)” by Frank O’Hara
from Lunch Poems, ©1964 City Lights Books
used with permission

Ted Hearne is a composer, singer and bandleader.

The New York Times has praised. Hearne for his "tough edge and wildness of spirit," and "topical, politically sharp-edged works." Pitchfork called Hearne's work "some of the most expressive socially engaged music in recent memory -- from any genre." ... more

someone comes along with a very bad character he seems attractive. is
he really. yes very
he’s attractive as his character is bad. is it. yes

and you take a lot of dirt off someone
is the character less bad. no. it improves constantly
you don’t refuse to breathe do you

(Frank O'Hara, 1964; used with permission)
Track Name: Protection
the outlanders circled around with sleds
it gets warmer when it snows
bracing for all the mistakes they would make
I prayed while the sunset froze

sometimes I just prefer the company of drowning

the ice was weak
but now they’re home

(Meghan Deans, 2008)
Track Name: Shame campaign
too late for courage
too late for pain
your memory has cursed you
and just like i told you
time stops for no man
too late for alter egos
too late to prove me wrong
you’re only pretending to be
exactly who you are
and you’re still looking to be absolved
Track Name: I mean well
it’s not like I could have known,
is it?
the way you smiled all the time,
just lighting up rooms in the bright white flight of daytime with
your face so wide open
I mean, well —
it’s not like I should have known, is it
it’s not like I should have known, is it?
I mean how could I ever have known
that you wanted things to be better,
better
Track Name: 359 Each Time
i know
you really turned me around, i know
one eighty
three sixty
or three fifty-nine each time? i don’t care
where you drop me
i don’t care
i’ll come back around

Bandcamp Daily  your guide to the world of Bandcamp